Until 1940 in use as guild house for the carriers guild of Saint Antony. Here the men would come together to dice (smakken=to throw with loud noise) in order to find a fair distribution of the available work, unloading the ships with grain or coal, important for the jenever industry.

The bell in the tower was tolled when a ship was arriving in the harbour. The men who were in time in the guild house, were able to compete for the available work.
Year of building: 1725 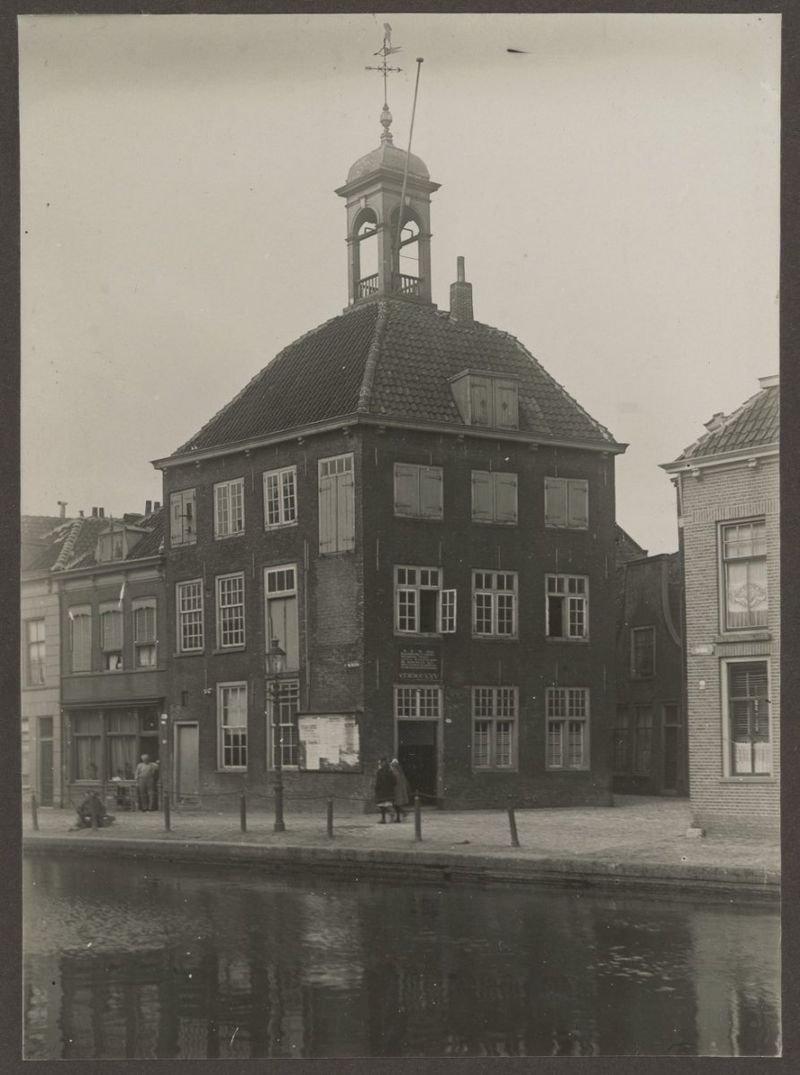 In 1316 there is first mentioning of carriers in Schiedam. Only in 1465 a city clerk writes for the first time that there is a Guild of Saint Antony.
On October 3, 1699 the Carriers Guild buys an old distillery. In 1725 they build a new guild house on the same spot. The bell tower was added in 1834.

In 1931 the municipality of Schiedam, buys the house of the impoverished Guild and restores the exterior.
In 1965, filmmaker Jan Schaper, in collaboration with volunteers and the municipality, tackles the inside of the house.

At the first floor, there is diningroom where you can have diner at Cefé Sjiek. You enter the room via the café.